The following provides information about the area of research and equipment in the lab:

The optical tweezers is formed with a continuous wave Titanium-sapphire laser tuned to 830 nm and pumped by a 532 nm solid-state frequency-doubled Nd: YVO4 laser (maximum power: 6 W). The beam is then steered via an optical path to fill the back aperture of an objective lens (numerical aperture of 1.4) housed in an inverted microscope. The laser power and position of the beam are controlled by two acousto-optic deflectors (AODs). The position of the trapped fluorescent (e.g.,Texas red fluorophore) bead is monitored with a quadrant photodiode, QPD. The bead fluorescence is excited with a TLED lamp and the emission is filtered with a bandpass filter and detected by the QPD. The QPD monitors the change in the axial position (DX, DY) of the bead and the sum of fluorescence intensity of the bead. To correct for photobleaching the position of the bead is normalized with respect to. The biosensor is controlled and the signal monitored with a virtual instrument (LabVIEW, v.12). Voltage signals are generated with a field programmable gate array (FPGA) and are acquired with a digital acquisition card with maximum input voltage of ± 0.1 V. The control of the laser beam and movement of piezoelectric stage is determined by the resolution of FPGA and exhibits a precision of ± 2 nm. The trap behaves like a Hookean spring and damped harmonic oscillator with time constant 23.4 s-1mW-1. Position detection of the QPD is linear up to bead radius with a force range of ± 400 pN. QPD voltage outputs are monitored at a collection frequency of 200 kHz and averaged 25-100×. The resolution of the displacement and force is 10 nm and 1 pN. During an experiment designed to monitor actin-based forces the time constant of the trap is typically 3000 s-1 and exhibits a spring constant of 0.115 pN nm-1 . This facilitates measurement rates up to 300-600 s-1 5 to 10 × less.

Cancer cells become mobile by remodeling their cytoskeleton to form migratory structures. One of the structures is a filopodium, a finger-like tube that protrudes beyond the edge of a cell. Each cylindrical tube is filled with parallel rods of actin filaments bundled by cross-linking proteins. Filamentous actin is a chemical motor; the energy released upon synthesis and breakdown of F-actin is used by the cell to do work. The origin of the force arises from a difference in chemical potential of monomer in the biopolymer versus that in solution. The direction of force depends upon the concentration of monomer relative to a critical concentration, when the concentration exceeds the critical- polymerization occurs and when it is lower than the critical -depolymerization occurs. For an F-actin bundle within a filopodium the (negative) polymerization force will push the membrane and the (positive) depolymerization force will pull the membrane provided F-actin is attached to the membrane. We measured the actin-based forces at the tip of a filopodium by monitoring the displacement of the membrane. We formed a filopodium from a non-cancerous living cell by use of optical tweezers where an optically trapped bead was used as a handle to form the tube and to monitor axial membrane force at the tip of the filopodium. We measured a non-stationary membrane force that arose from actin depolymerisation (increasing force) and polymerization (decreasing force) at the end of the tube. We estimated the on- and off-rates, the number of working filaments and the force per filament from the magnitude and time course of the membrane force (Integr. Biol., 2013, 5, 204). We are developing this assay to monitor the kinetics of actin-based forces of cancer cells. The goal is to reveal molecular mechanisms of cytoskeleton remodeling at the tips of filopodia formed from cancer cells, and to determine whether the kinetics are dependent upon environmental factors and aberrant cell signaling at the membrane as a result of mutations commonly observed in key proteins (e.g., HRAS or p53).

We built and calibrated a new optical tweezers, and perform measurements with a metastatic cell line with a missense mutation of HRAS. Ras proteins (KRAS, NRAS and HRAS) if mutated at codon 12, 13, or 61 exhibit aberrant function and are commonly found in cancers including head and neck squamous carcinoma. RHO GTPases become activated upon expression of such a mutated HRAS resulting in persistent actin remodeling. From our measured time series data (i.e., force as a function of time) we elucidate the kinetics of the actin motor and the characteristics of cytoskeleton remodeling networks. In addition, we determine the intrinsic bond constants of membrane-cytoskeleton bonds and their dissociation and association rates; the active processes (e.g., motor-requiring) that participate during filopodium formation and intrinsic properties (e.g., tension) of the plasma membrane of cells. This assay will be used as a tool for establishing the affects of cancer drugs that target pathways associated with cytoskeleton remodeling at the plasma membrane.

Humans hear sounds between 0.02 to 20 kHz, and healthy young adults can perceive soft sounds (e.g., 0 dB) within the frequency range of natural speech (1 to 5 kHz). The range and sensitivity reduces with age and is in part caused by mechanical and chemical insult to the sensory hair cells including the outer hair cells which results in loss of high-frequency hearing. Sex and race also affect hearing sensitivity; Females exhibit lower hearing thresholds than Males while Blacks exhibit lower thresholds than Whites. The hearing sensitivity of adult Females is affected by estrous, is better at ovulation and starts to deteriorate at menopause. The link between race and hearing thresholds is associated in part by the physiology of the pigment melanin with higher levels found in cochlea of Blacks than in Whites. Melanin maintains healthy tissue by absorbing radiation, scavenging free radicals and buffering drugs and ions to maintain ion homeostasis. There are about 200 color proteins that are associated with maintaining melanin concentration including proteins responsible for synthesis of melanin, trafficking of melanosome proteins and intracellular melanosome transport. Pathological conditions occur when melanin or precursor proteins are not synthesized (e.g., oculocutaneous albinism) or transport is impaired (e.g., Usher or Griscelli syndrome).

Sound deflects the structure of the cochlear partition to produce a travelling wave along the basilar membrane. The motion of the basilar membrane is amplified by a force that combines with the basilar membrane velocity to deliver power to the fluid-filled cochlea. The force is produced by outer hair cells and is initiated by sound which activates the transduction channels of the stereocilia causing ions to flow into the outer hair cell. This influx is affected by the magnitude of the endocochlear potential (EP) of the endolymph, and is correlated with synthesis of melanin; when melanin synthesis is inhibited the EP declines. This inward current changes the membrane potential and causes charge movement within the membrane and displacement and force production along the axial direction of the cell. The product of the outer hair cell axial force and velocity of the basilar membrane produces the power to boost the sound waves. We measure (1) the electrical gain of outer hair cells (2). The maximum electrical gain is correlated with the force, and is the product of two measurable components: the maximum voltage sensitivity and the displacement charge density. We report that the voltage sensitivity depends upon phenotype and is more for cells extracted from pigmented than non-pigmented cavies especially at the high frequency region of the cochlea (3). We are conducting experiments to discern the biophysical mechanisms and cellular origins of the observations, and are performing gene expression studies of the color-associated genes. Discerning a link between melanin and the electrical gain will reveal additional cellular mechanism to explain how skin color and race affect human hearing health. We use cells isolated from the domesticated guinea pig Cavia porcellus because they are an excellent model to study human hearing mechanisms. This work is aided by sequencing of the guinea pig genome. 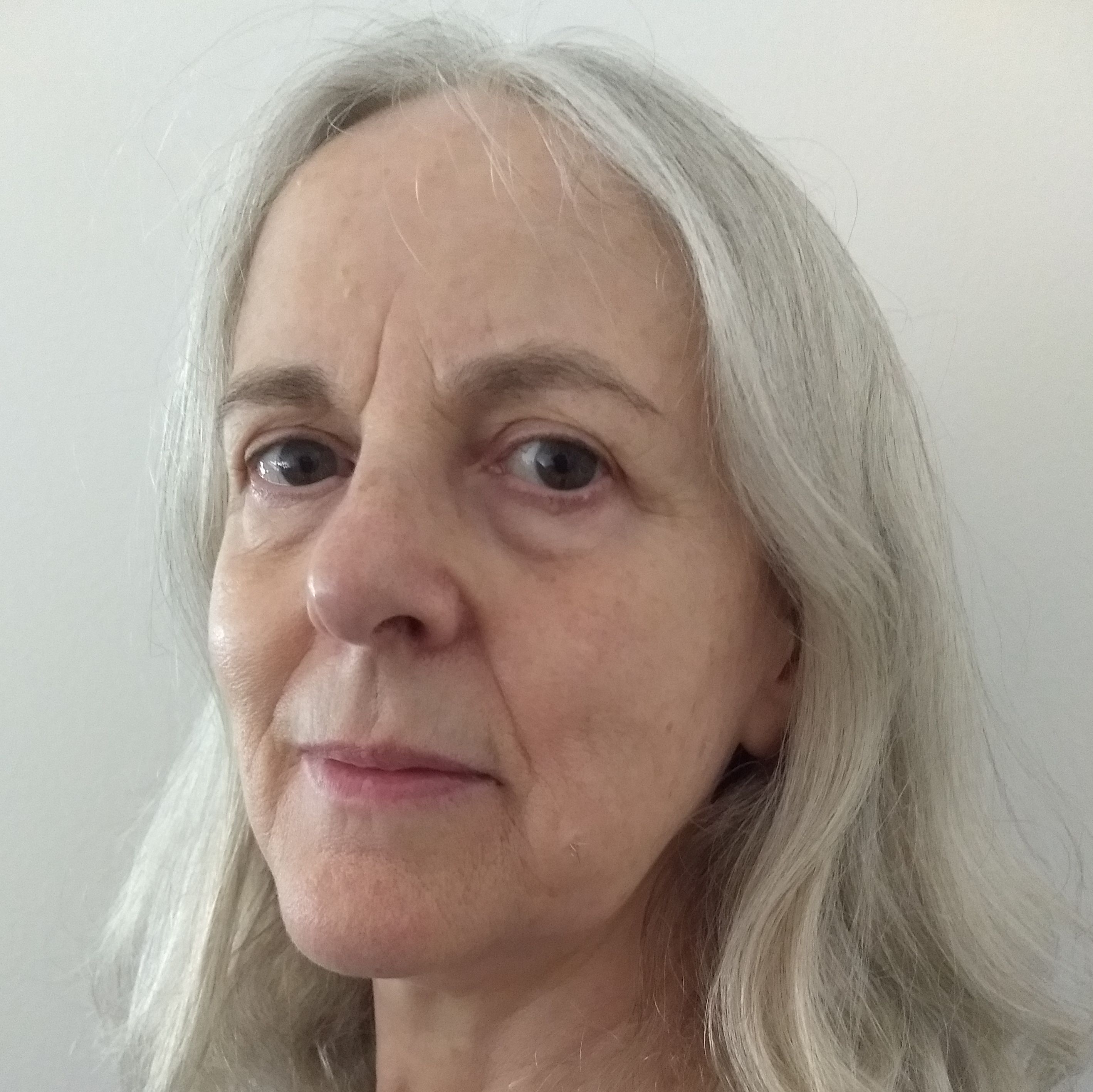