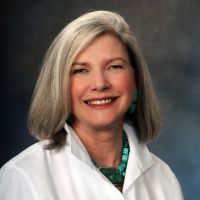 My laboratory actively investigates gene x environment interactions and their role in diseases such as cancer, fibroids and NAFLD. The TSC2 tumor suppressor, and its role in cell signaling, has been one of the areas of interest for the lab. We study TSC2-linked pathways that regulate key cellular functions, including redox homeostasis (in conjunction with ATM Alexander et al. P.N.A.S. 2010), autophagy (Zhang et. al. Nat. Cell Biol. 2013), and control of peroxisome number (Zhang et. al. Nat. Cell. Biol. 2015).

Most recently, while exploring loss of function of the histone methyltransferase SETD2 in kidney cancer, an epigenetic “writer” for the H3K36me3 mark of the “Histone Code”, we discovered a new role for this methyltransferase in cytoskeletal remodeling. We found SETD2 methylates tubulin in microtubules, identified methylation as a new mark of the “Tubulin Code”, and showed methylation of the mitotic spindle is required for genomic stability (Park et. al. Cell 2016, Chiang et. al. Cancer Research 2018). We are now exploring how this, and other epigenetic 'readers, writers, and erasers' act as dual-function chromatin-cytoskeleton remodelers, which we think will open many new and exciting avenues for understanding how defects in chromatin remodeler genes drive cancer, and other diseases including autism.

We are also active in the field of environmental epigenomics, investigating how environmental exposures early in life reprogram the epigenome to determine disease susceptibility across the life-course. In studying how early life exposures to endocrine disrupting compounds (EDCs) influence the development of adult disease, we found that early life EDC exposure can increase susceptibility to NAFLD and liver cancer (Trevino et. al. Nature Communications 2020, Katz et. al. Environmental Health Perspectives 2020). More recently, we have used epigenomic profiling (ChIP-seq) to profile how these exposures induce developmental reprogramming of the epigenome (reviewed in Walker Mol. Endo 2016). Current studies our lab in this area are being conducted as part of the TaRGET II U01 Consortium for NIEHS, which has the goal of identifying epigenomic signatures in target and surrogate tissues that can be developed as biomarkers of exposure and/or risk for environmental causes of disease (Wang et. al. Nat. Biotech 2018).