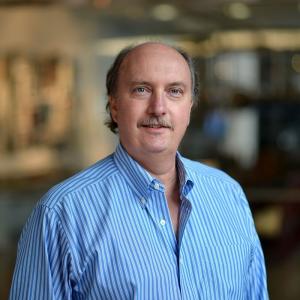 My research is focused on the genetics and genomics of nonhuman primates. These species are widely used as animal models of disease because they are so similar genetically and physiologically to humans. For studies of neurobiology and behavior, infectious diseases, metabolic diseases and other common health problems, nonhuman primates provide unique and valuable experimental models. As the impact of genetics on biomedical and basic biological research increases, the need for detailed information about the genomics of nonhuman primates also grows.

My laboratory is working on various aspects of primate genomics, including both basic comparative analyses and targeted research using primate models of human disease, with special emphasis on the genetics of brain function and risk factors for psychiatric disorders. As a member of the Human Genome Sequencing Center, I help to plan and execute various studies of nonhuman primate genomes. Working with other HGSC faculty and staff, as well as people outside BCM, we are producing de novo whole genome assemblies for several primates, including baboons (Papio anubis), marmosets (Callithrix jacchus), gibbons (Nomascus leucogenys), mouse lemurs (Microcebus murinus), mangabeys (Cercocebus atys) and others. These projects involve deep whole genome sequencing of one individual per species, and computational assembly of the sequence data to produce a reference genome sequence that will be a resource for all future genetic analyses of that species. These projects include the sequencing of additional individuals to identify intra-species genetic variation and RNA sequencing to characterize gene expression. The result is high quality genomic information that facilitates both disease-related research and analyses of genome evolution. We recently began an extensive survey of genomic variation in the most widely used nonhuman primate, the rhesus macaque (Macaca mulatta). By sequencing greater than 100 rhesus monkeys from various research colonies we have discovered functionally significant genetic variation that can be used to examine the effects of specific genes on various disease-related phenotypes. Information regarding genetic variation, and other genomic data, makes all these primate species more useful for future biomedical research projects.

The second major line of research in my laboratory is the genetic analysis of nonhuman primate neurobiology and primate models of risk for psychiatric disease. In collaboration with psychiatrists and neurobiologists, we study individual variation in behavior among macaques and baboons, and the underlying neurobiological mechanisms. The multifaceted behavior of primates, including complex social interactions, makes them outstanding subjects for behavioral and neurogenetics. In one study, we are analyzing the genetics of individual variation among juvenile rhesus monkeys in response to a standardized test procedure, examining genetic effects on behavioral reactivity, brain metabolic activity measured by FDG-PET imaging and structural variation in neural circuits measured by DTI imaging. This project has generated novel information about the effects of specific genes on behavior and brain function that is directly related to the risk for anxiety disorders and depression among humans (Oler et al. 2010; Rogers et al. 2013). The primate models point us to genetic mechanisms that may influence susceptibility to psychiatric disorders in people. We are also analyzing brain structure in baboons (Kochunov et al. 2010; Rogers et al. 2010), behavioral reactivity and response to novelty in macaques, and the genetics of oxytocin and social interactions among adult female macaques.

While most of our effort is focused on the projects above, I also maintain an active interest in genetic analyses of wild primate populations. With several colleagues we are studying wild kinda baboons (Papio kindae) in Zambia (Jolly et al. 2011), a species only recently recognized as distinct from other baboons and which has received little formal scientific attention.