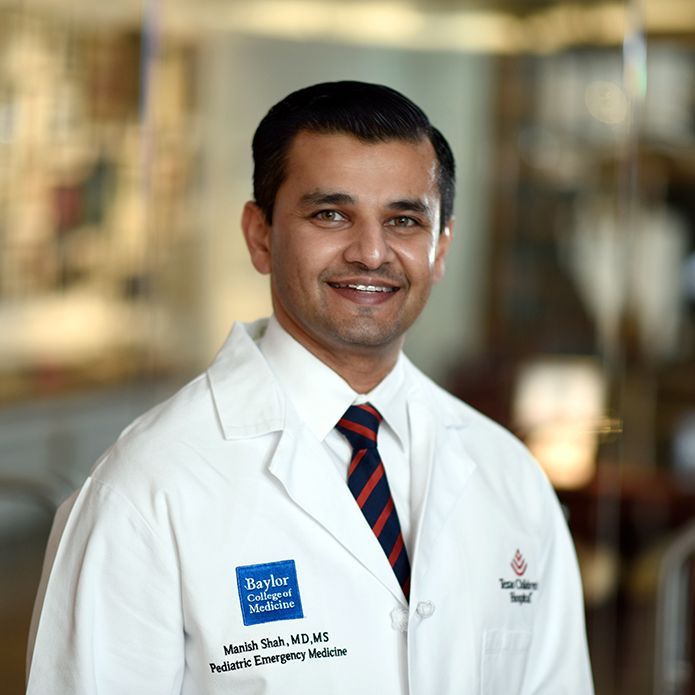 I am passionate about improving pediatric prehospital care on local, statewide and national levels through advocacy, education, and research. As a former appointed member of the U.S. Department of Transportation’s National Emergency Medical Services Advisory Committee (NEMSAC) from 2015-2017 and a past chair of the Emergency Medical Services (EMS) subcommittee for the American Academy of Pediatrics Section of Emergency Medicine from 2011-2014, I have collaborated with stakeholders to enhance awareness of issues of national significance in pediatric prehospital care. To equip the workforce, I have obtained Texas Children’s Hospital Educational Award funding several times to collaborate with colleagues across the country to develop an online EMS educational resource for physicians, co-create the curriculum and educational research for the Pediatric Simulation Training of Emergency Prehospital Providers (PediSTEPPs) program at TCH, and develop an EMS training curriculum for the Botswana Ministry of Health. In addition, I have lectured at the National Association of EMS Physicians (NAEMSP) and Emergency Medical Services for Children (EMSC) Annual Meetings to promote understanding of the special needs of children in the prehospital environment. Through funding from the Health Resources and Services Administration’s (HRSA) EMSC program, I have served as the Director of the EMSC State Partnership in Texas from 2009-2017. I have also been a member of the Executive Core of the national EMSC Innovation and Improvement Center (EIIC) from 2016-2018 and led the Prehospital and State Partnership domains for the EIIC. Through these administrative EMSC roles, I have advocated for enhanced pediatric capability of EMS systems in Texas and the nation, conducted health services research on the capability of the EMS and trauma system to care for children, and educated prehospital providers on pediatric care. My primary research interest is to move prehospital care beyond the use of consensus-based treatment protocols, and I collaborated with the national EMSC program and the National Highway Traffic Safety Administration (NHTSA) to test the Prehospital Evidence-Based Guideline Model to develop a pediatric prehospital seizure protocol. I have been the Principal Investigator (PI) for two HRSA/EMSC Targeted Issues grants to study outcomes after implementation of evidence-based pediatric guidelines in large EMS systems in Texas and/or statewide EMS systems in New England. These evidence-based guidelines have been nationally disseminated through integration in the National Association of State EMS Officials (NASEMSO) Model Clinical EMS Guidelines. Since 2013, I have also been the site PI for the Charlotte, Houston, and Milwaukee Prehospital (CHaMP) research node, which conducts research in the HRSA/EMSC-funded Pediatric Emergency Care Applied Research Network (PECARN).

VIICTR Publications List
Charlotte, Houston, and Milwaukee Prehospital (CHaMP) Emergency Medical Services Research Node Center
CHaMP is a node of the Pediatric Emergency Care Applied Research Network (PECARN). CHaMP is composed of three diverse EMS agencies, located in Charlotte NC, Milwaukee WI, and Houston TX. By collaborating with Emergency Medical Services (EMS) agencies and first responders in three distinct areas of the nation, CHaMP guarantees that its focus and objectives maintain relevance and importance in an area of medicine where every second counts. The CHaMP investigators are dedicated to conducting research to optimize medical care for children in the prehospital setting. Together, investigators and health care providers aim to deliver studies, training, and education in pediatric emergency medicine.