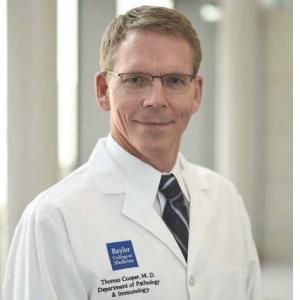 At least ninety percent of human genes express multiple mRNAs by alternative splicing of their pre-mRNAs. As a result, individual genes express multiple protein isoforms which can exhibit strikingly different functions. Alternative splicing is often regulated according to cell-specific patterns based on differentiated cell type, developmental stage, or in response to an external signal. Therefore, alternative splicing not only generates an extremely diverse human proteome from a relatively small number of genes but it also directs regulated expression of these proteins in response to a wide range of cues.

We are interested in understanding the mechanisms of splicing regulation, from how regulatory proteins tell the basal machinery whether to include or skip an exon to the signaling events that coordinate splicing changes during development.

A separate area of investigation is the pathogenic mechanism of myotonic dystrophy (DM1), a dominantly inherited disease caused by an expanded CTG trinucleotide repeat in the 3′ untranslated region of the DMPK gene. RNAs expressed from the expanded allele that contain long tracts of CUG repeats accumulate in the nucleus and disrupt alternative splicing. The mechanism is unknown but it involves disrupted functions of the CELF and MBNL proteins. We are using bioinformatic, biochemical, and molecular approaches to identify pre-mRNA targets of CELF and MBNL proteins whose mis-regulated splicing contributes to severe manifestations of disease. Transgenic mouse models that inducibly express CELF proteins or CUG repeat RNA are being used to investigate the mechanisms of pathogenesis and will be used to test treatment regimes.

Transcriptome Processing Networks in Skeletal Muscle: Mechanisms and Functions - #R01AR060733 (yrs 6-10)
(03/01/2019 - 02/29/2024) Grant funding from NIH/NIAMS
The long term goal of this project is to determine the extent, regulatory mechanisms, and functional consequences of transcriptome processing in adult skeletal muscle.

Pathogenic Mechanisms and Therapeutics for the Cardiac Manifestations of Myotonic Dystrophy Type 1 - #R01 HL147020
(04/15/2019 - 03/31/2023) Grant funding from NIH/NHLBI
The goals of this project are to use a heart-specific DM1 mouse model developed in the lab to identify transcriptomic and proteomic changes induced by CUGexp RNA in heart and test CRISPR/Cas9-based therapeutic approaches.

Pathogenic mechanisms for the cardiac manifestations of DM1 - #MDA 602529
(02/01/2019 - 01/31/2022) Grant funding from Muscular Dystrophy Association
The goals of this project are to identify pathogenic mechanisms causing cardiac features in myotonic dystrophy. The MDA is providing supplemental support with no budgetary overlap with other funding sources.